INNOVATIONS IN SEISMIC STRENGTHENING OF BUILDINGS

About 1,500 earthquakes are registered in Japan annually. The large number of casualties and the financial losses they cause are forcing civil engineers there to look for increasingly innovative and widely applicable solutions.

The textile company Komatsu Seiren decided to invest in a pilot project, which at first glance looks more like artistic decoration. In reality, however, according to its creators, the thin ropes covering the entire building would play a significant role in the next stronger earthquake.

The project is based on the joint efforts of Kengo Kuma engineers and architects. The task of the team is to seismically provide the new showroom and laboratory of the company. For this purpose, they decided to use the high qualities of carbon fiber fiber composites. 1031 such ropes were used in the project implementation. They are the main element of a composite system - a braid of high-strength carbon fiber and epoxy resin. Engineers anchor them securely in the roof and in the ground around the building.

When exposed to an earthquake, the tension in the ropes causes additional forces in the existing structure. To compensate for this, the team calculated and constructed an internal reinforcement system of 2778 carbon reinforcing bars. This system further increases the stability of the building. 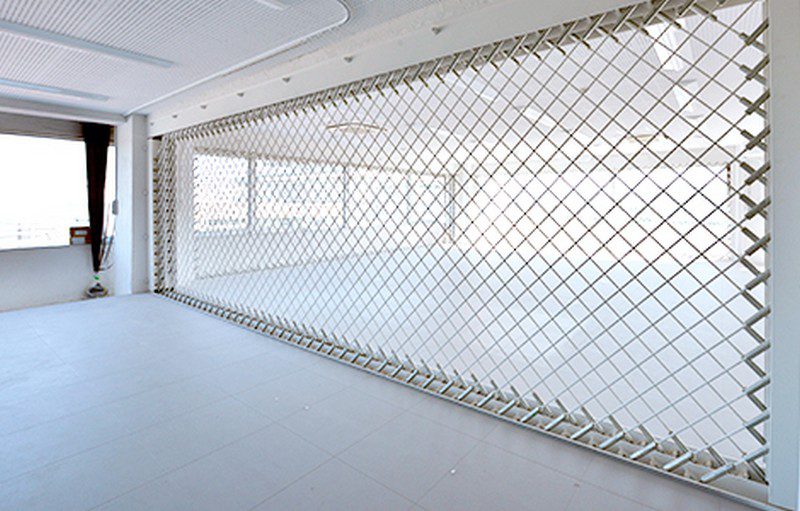 The bottom sample of the computer voltage simulation shows the busiest areas. Warm colors indicate places with extreme values ​​for a particular displacement of the structure, shown by the blue arrow. 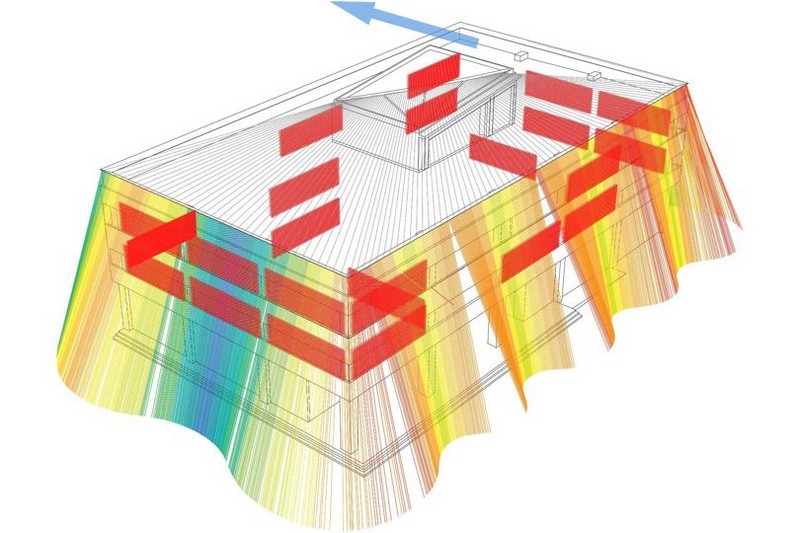 For the purposes of the project, it was necessary to further strengthen the contact points of the carbon fibers with the structure, as well as to anchor the entire adjacent area around the building. To perform its functions, the carbon "curtain" needs a foundation that "moves" along with the foundations of the building, without mutual movements between them.