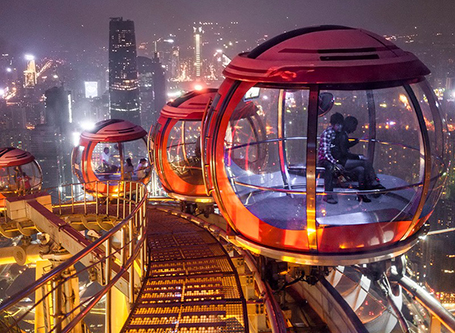 The famous quote by the German architect Walter Gropius is just one of the many points of view related to the intersection or absence of such between two key professions in the construction industry. Over the years, the relationship between architects and engineers has often been strained. While architects unleash their creative nuances and strive to bring the environment to their physical limit, it is the engineers who "cut the projects." Structural and technological constraints, as well as financial pragmatism, have often led to misunderstandings.

In reality, however, it turns out that people from both professions rely on each other to realize their ideas. When they work together, we witness the emergence of unusual construction projects that have become emblems of entire cities. Sometimes even for countries. The construction of the Sydney Opera House, with its bizarre "shells", became possible only after the joint work of architect Jorn Utzon and the engineers of Ow Arup.
It was also entirely possible for a tower in the heart of Paris not to leave the drawing board. It became a fact thanks to the precise design adaptations of Gustav Eiffel. 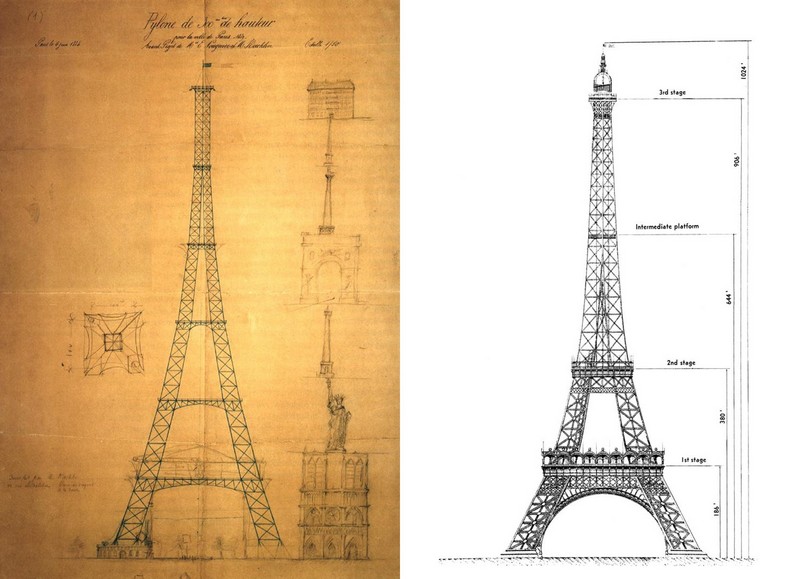 Although the relationship between architects and engineers is always accompanied by very strong positive and negative feelings between them, the best staff in these two professions understand and appreciate the qualities and strengths of their colleagues. Beyond these two iconic projects in Sydney and Paris, in this article we will introduce you to eight impressive projects that became possible after the symbiosis between the two seemingly opposite professions. These projects show how behind every spectacular architectural project are civil engineers, ensuring its seemingly impossible realization. 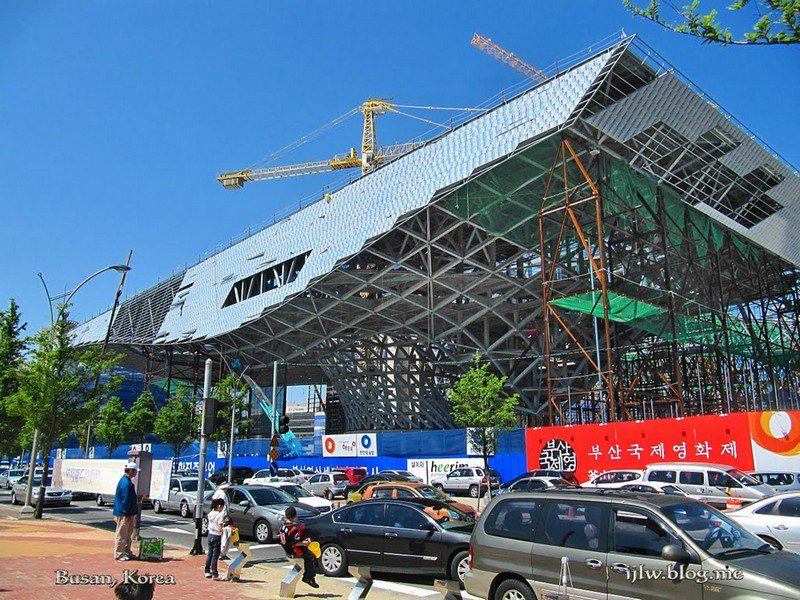 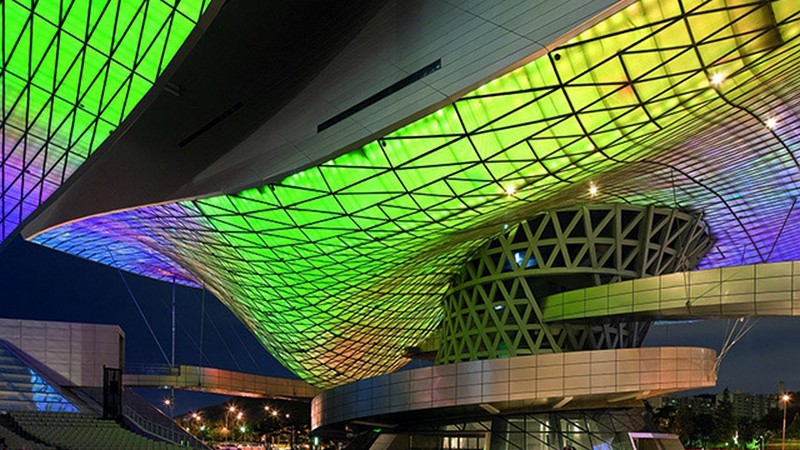 The Austrian company Coop Himmelb is working with civil engineers at Bollinger § Grohmann to build the huge "flying roof" of the Busan cinema. The mysterious "canopy", which houses much of the cultural program for mixed use of the building, is widely known as the largest structural console in the world.

Beginning of construction for Canton Tower 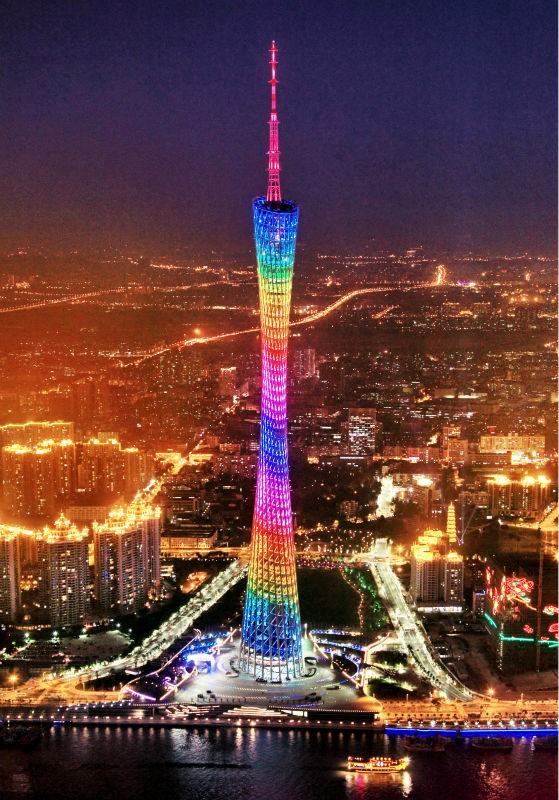 In the evening, Canton Tower serves as a starting point for the entire city 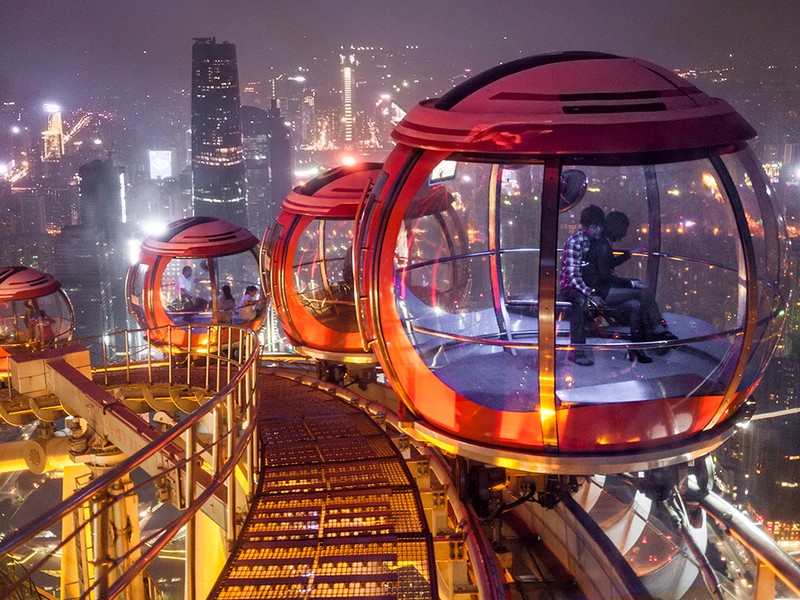 The tower offers a unique experience
At 610 meters high, Canton Tower is currently the fifth tallest building in the world. It is also the main attraction in the skyline of Guangzhou, China. The twisted steel structure of the building, called "Supermodel" by the locals, was designed by Mark Hemel in collaboration with the engineering giants from Arup.
Canton Tower, Guangzhou, China
architects: Information Based Architecture
engineers: Arup Associates 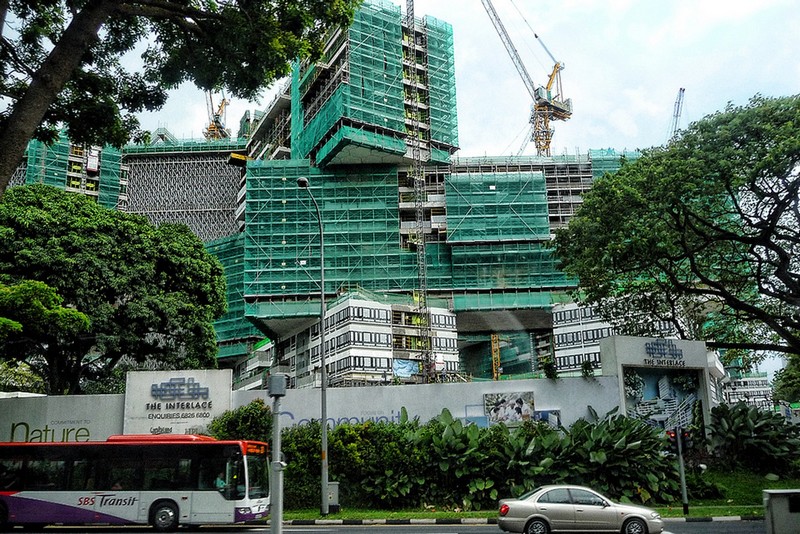 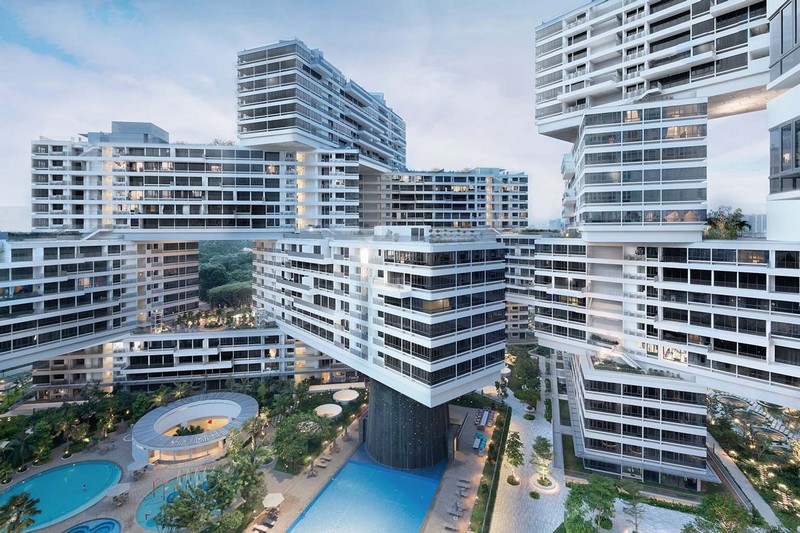 The completed project in Singapore

Ole Scherence's remarkable residential building consists of a series of huge, multi-storey volumes arranged in a chaotic composition, allowing a wide variety of outdoor amenities suitable for Singapore's tropical climate. The large support distances required for this unusual configuration were jointly designed between Arup in Beijing and the well-known local company RSP. 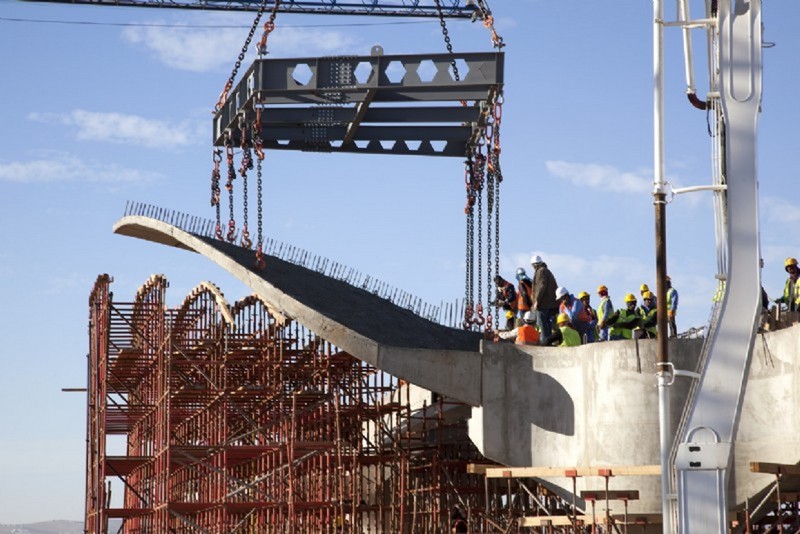 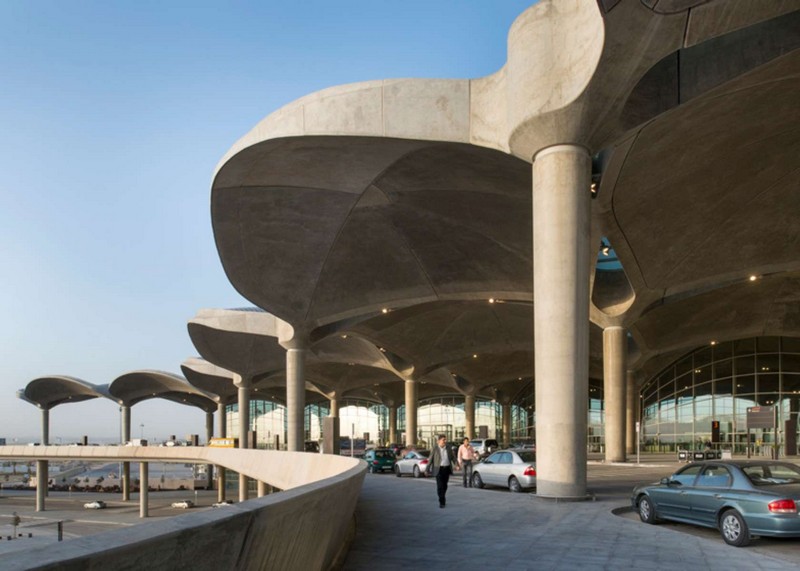 The airport is in operation
The modular roof panels of the new Foster & Partners terminal at Queen Alia International Airport were designed in collaboration with the civil engineers of the international company BuroHappold. These shallow concrete domes, combined with the supporting columns, are reminiscent of the local palm trees. Thus designed, the bizarre construction has a natural strength that allows large openings to be left for natural light to pass to the heart of the terminal. 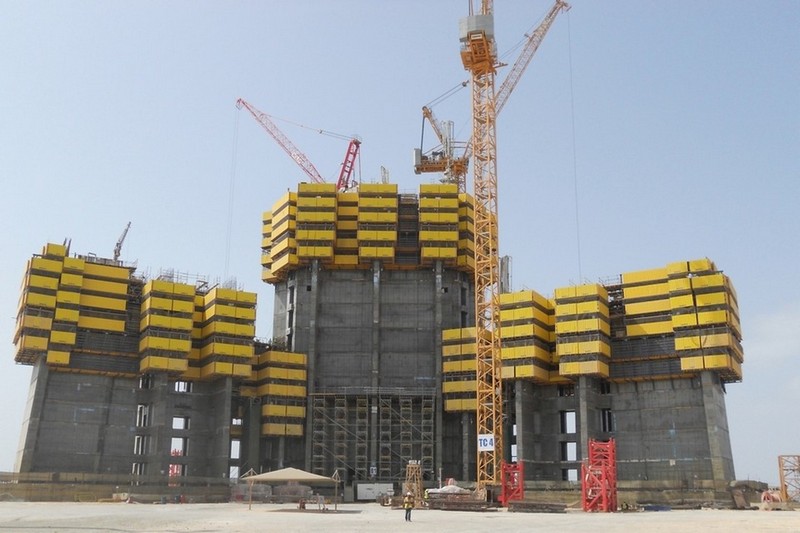 Kingdom Tower at the beginning of the construction process in 2013 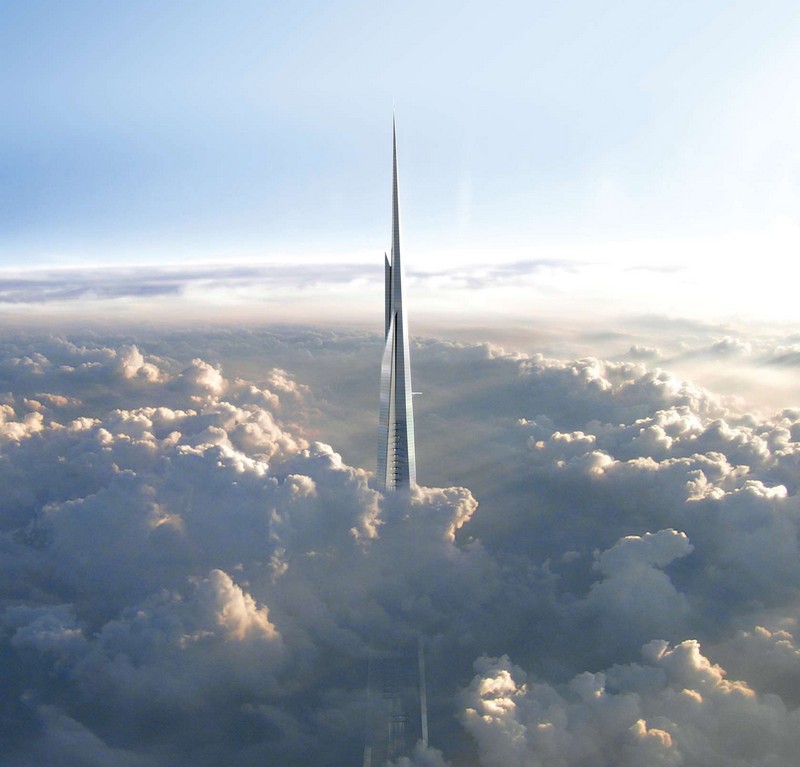 Preview of the completed tower in Jeddah, Saudi Arabia, towering over the clouds
To surpass the Burj Khalifa as the tallest building in the world after 2020, the Royal Tower is being built thanks to the close relationship of the architects with the engineers from Langan International, responsible for site planning and the engineers from Thornton Tomasetti, who were entrusted with the task of the constructive design of the Mega-tall building. 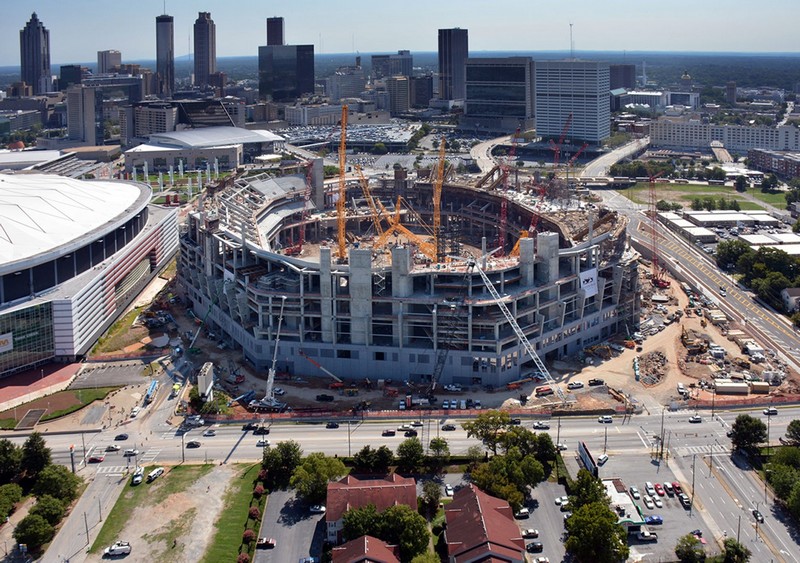 The Mercedes-Benz stadium is under construction

3D visualization of the completed stadium, Atlanta, USA
The HOK project, which won the Atlanta Falcons new home competition, includes a retractable roof. Its gear shape consists of eight huge, sliding ETFE segments resembling the wings of a bird. The stadium designed in this way remains unaffected by the climatic conditions and thus provides comfort to players and visitors. At the moment, the unique design of the roof is in the process of completion, and the elements are delivered in cooperation with civil engineers from the international company BuroHappold. 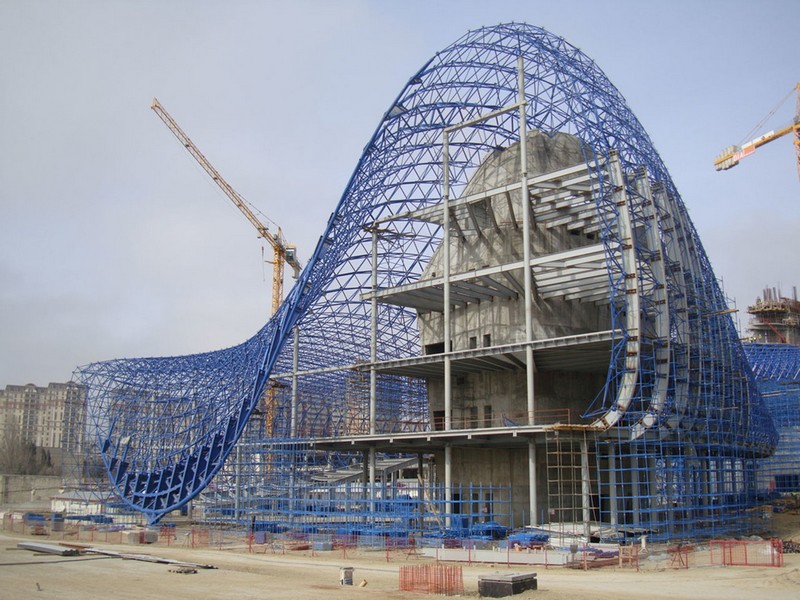 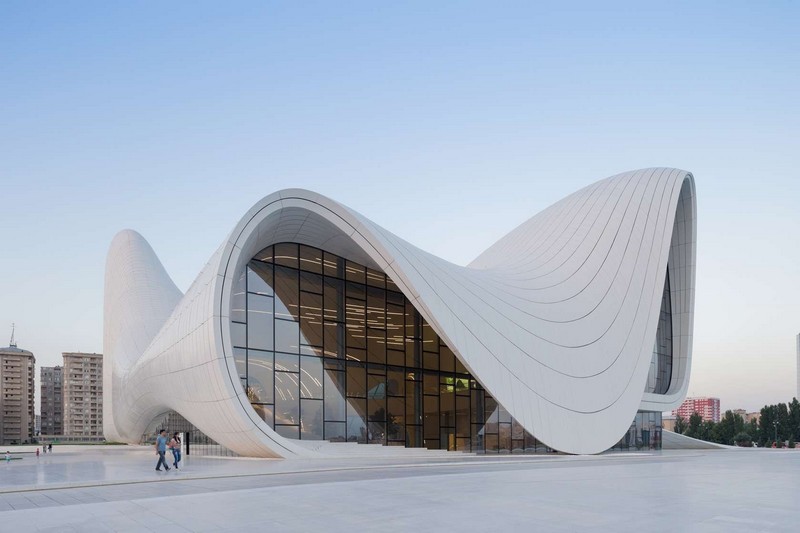 The final vision of the project

The wavy shape of the Heydar Aliyev Center is one of the most emblematic projects of Zaha Hadid's architectural office to date. The distorted shape of the building was made possible by the famous engineering companies Werner Sobeck, AKT and Tuncel Engineers, which together with the architects developed a steel frame. The challenge for constructions is the balance between constructive integrity and dynamic, overflowing aesthetics. 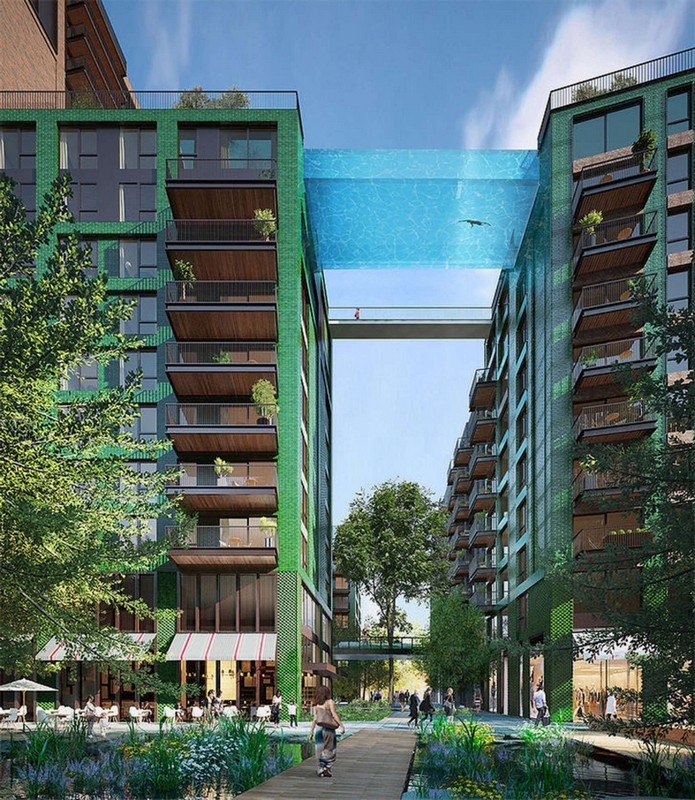 3D visualization of the finished pool
Currently under construction, the London Development Center of Embassy Gardens will take water architecture to new heights - literally. HAL Architects has teamed up with Arup Associates, Eckersley O’Callaghan and aquarium designers Reynolds to design the world’s first fully transparent pool between two buildings. The nearly 25 meter long structure will be made of acrylic panels with a thickness of 3.3 cm. Thus, while pedestrians look up, swimmers will look down on them.